Duane Trouchet is the principal guide and part owner with his father, Greg. They have lived and fished in the Territory since 1980. After Duane graduated from his schooling he sought work in the marine/fishing industry. He secured work as an apprentice Outboard Technician and graduated in 1993. He has been fishing and guiding since then and in 1995 together with Greg they started D.N.A. Barra Fishing.D.N.A. Barra Fishing is a fully accredited and licensed Tour Fishing Operator.

DNA Barra Fishing is one of the few operators licensed to fish in Kakadu National Park. We specialise in barramundi fishing at South and East Alligator Rivers and all other Kakadu waterways and billabongs. We offer fishing in the famous Mary River system, including Shady Camp, Corroboree Billabong, Hardy’s Billabong, Daly River and the Adelaide River region. We also fish various estuaries in and around Darwin. Some of the species targeted are Barramundi, Black Jewfish, Threadfin and Blue Salmon, Golden Snapper, Giant Trevally, Queenfish, Rock Cod and Mangrove Jacks.

At Barra or Blue Fishing Charters, we can cater for any of your inland or offshore fishing requirements including Barra fishing and Bluewater fishing. The owner, Lincoln is a Fishing Guide with over a decade of experience and has the local knowledge required to help you angle your next catch. You have the freedom to customise your fishing charter to any waterway within a 200km radius of the Darwin area, just ask us and we will cater to your preferences.

With the best fishing guides and vessels in the Territory, Barra or Blue Fishing Charters has everything covered, so you can focus on hooking into your catch of a lifetime. Browse our bookings page for your next fishing charter. 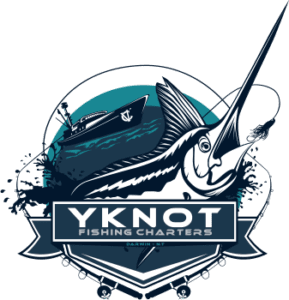 Yknot Fishing Charters is located in Darwin, Northern Territory, Australia.
We specialise in Bluewater Fishing Charters which ranges from Reef To Game Fishing. Departing Most Days From Cullen Bay Jetty unless we are Fishing out of Dundee, We operate our Charters From Darwin Harbour to as far as the Tiwi Islands and even as far West as the Peron islands.